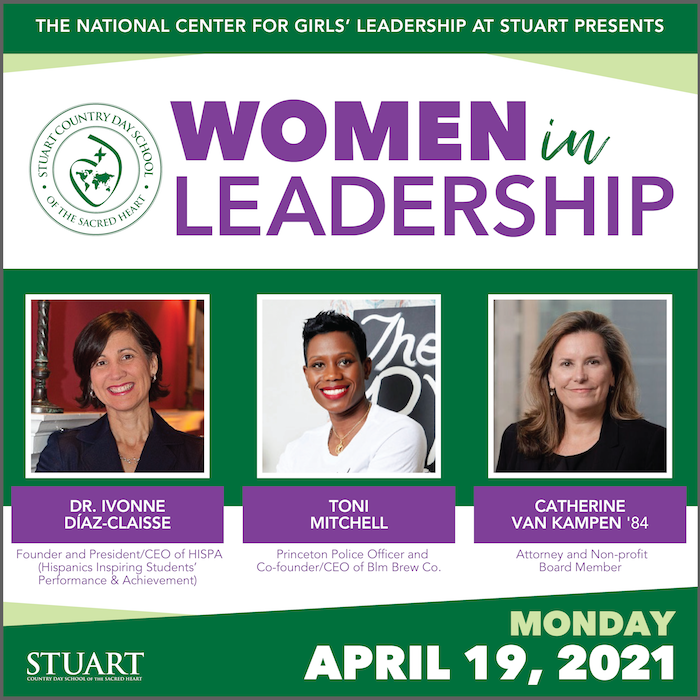 Dr. Ivonne Díaz-Claisse is the founder, president, and CEO of HISPA (Hispanics Inspiring Students’ Performance and Achievement).  HISPA is a nonprofit 501(c)(3) organization that aims to inspire Latino students to discover their potential and ignite their desire to embrace education and achieve success. HISPA achieves this goal by mobilizing Latino professionals to serve as role models in educational programs in the communities where they live and work.  Founded in New Jersey in 2008, HISPA expanded its services to Texas in 2011, to New York in 2013, to Florida in 2015, and to Pennsylvania in 2019.  Under her guidance, HISPA has created virtual programming, recruited 3,000 volunteers, conducted more than 1,600 HISPA Role Model Program sessions and 30 Youth Conferences, reaching 17,000 students to date.

Under her leadership HISPA received the Presidential Awards for Excellence in Science, Mathematics and Engineering Mentoring (2020); and the White House Initiative on Educational Excellence for Hispanics’ “Bright Spot in Hispanic Education” (2015).

Toni Mitchell is the founder and CEO of Blm Brew Co., and the first - and only - Black female police officer in Princeton, New Jersey. Founded in 2020, Blm Brew Co. stands for black. liberated. motivated. Toni launched it to celebrate coffee and Black culture, and to create positive, lasting change that respectfully empowers and uplifts oppressedcommunities. What does that mean? It means sourcing from a respected, family-owned, Fair Trade-Certified coffee company; educating customers about coffee, from the flavor to labor practices; raising awareness about racism through candid and stylish merch; and partnering with people and organizations who are truly about the greater good.

Catherine van Kampen’s practice concentrates on class action settlement administration. She has extensive experience in complex litigation and litigation management, having overseen attorney teams in many of the firm’s most high-profile cases. Fluent in Dutch, she has served as the lead investigator and led discovery efforts in actions involving international corporations and financial institutions headquartered in Belgium and the Netherlands.

A committed humanitarian, Catherine was honored as the 2018 Ambassador Medalist at the New Jersey Governor’s Jefferson Awards for Outstanding Public Service for her international humanitarian and pro bono work with refugees. The Jefferson Awards, issued by the Jefferson Awards Foundation that was founded by Jacqueline Kennedy Onassis, are considered America’s highest honor for public service bestowed by the United States Senate. Catherine, Class of 194, was honored in Princeton, New Jersey, by Stuart Country Day School, for her humanitarian and pro bono work. Catherine is a founding Board Member of the Bring Hope Humanitarian Foundation USA and the Free A Girl Foundation USA. The Bring Hope Humanitarian Foundation serves refugees and internally displaced persons. The Free A Girl Foundation rescues trafficked girls and has created the School of Justice with a goal towards ending impunity and to legal train survivors so that they can advocate for themselves and other survivors and victims of these crimes.

In 2020, Catherine was appointed to the President of the New York State Bar Association’s Leadership Development Committee. She was selected to attend Tory Burch Foundation’s Embrace Ambition Summit for her pro bono work with refugee and immigrant women.  She was also appointed to serve as a Global Goals Ambassador for Clean Water for the United Nations Foundation USA, founded by Eleanor Roosevelt. Catherine is a SheSource legal expert on the issue of violence against women and sexual terrorism in conflict zones for the Women’s Media Center, founded by Gloria Steinem, Jane Fonda and Robin Morgan. In 2021, Catherine was appointed to the Advisory Board for the National Center for Girls’ Leadership at Stuart.

Sianna Elise Peal is the founder of FÀNDÉ, an African inspired fashion brand, which includes the“The Give Back” initiative that provides a percentage of proceeds to fund school products for Liberian children. In addition to offering beautiful clothing and accessories, she hopes FÀNDÉ can help people come together beyond race, class, and culture to build a better world.

Sianna also recently launched a blog titled “Keep Your Vision”, sharing tips and tricks for chasing dreams, personal growth, and life manifestation. In the blog, she writes about the skills she adopted to launch her fashion brand, which she hopes will help other women achieve their goals.

Sianna earned a Bachelor's degree in Business Administration from Babson College. She also was a recipient of a scholarship awarded by Babson’s Center for Women’s Entrepreneurial Leadership (CWEL) program, igniting her passion for entrepreneurship.

While attending college and before starting her business Sianna earned a certificate in makeup artistry at the Christine Valmy International School of Esthetics and Cosmetology.  She has worked as a beauty consultant at Bobbi Brown and L'Occitane en Provence where she excelled in sales and customer service.

A 2014 graduate of Stuart Country Day School, Sianna is a lifer and was most inspired by the Sacred Heart goal “personal growth in an atmosphere of wise freedom.” She says her time at Stuart ignited a deep personal faith that inspires her to keep going no matter the circumstances.

Shana Jordan is the Chief Operating Officer and a founding team member of leading bitcoin rewards company, Lolli which allows users to earn free bitcoin when they shop online at 1,000+ top stores including Sephora, Bloomingdales, and eBay. As COO, Shana oversees business development, customer experience, and the day-to-day operations of running a start-up company. She is passionate about educating the public, specifically women, about bitcoin as the cryptocurrency industry is largely male-dominated.

Prior to joining Lolli, Shana worked at Time Inc. as a consumer marketing and revenue manager for its lifestyle brands such as Food & Wine and Southern Living. Shana got her start in e-commerce at ShopStyle (by POPSUGAR) where she managed retailer partnerships. She graduated from Georgetown in 2013 with degrees in International Business and Marketing. Additionally, Shana was selected as an inaugural member of the Georgetown University Entrepreneurial Fellowship Program. Shana attended Stuart Country Day School from 1995-2009.

Michelle has a background in architecture from the University of Pennsylvania. From there she worked in medical research and eventually followed one of her passions by working in the restaurant industry. She has worked in top kitchens in Philadelphia as a cook in both pastry and culinary for several years. After the birth of her first child, she stayed home with her eldest daughter for 3 years. During this time, she realized the importance of quality, well-chosen toys in a child’s overall development. This began her goal of making gender neutral, basic, and open-ended toys available and accessible for everyone.

During her second year of business, Michelle was diagnosed with stage 3 triple negative breast cancer. She maintained her business through treatment including chemotherapy and multiple surgeries. She is an advocate for women’s health and providing support to young women diagnosed with breast cancer. Michelle lives with her husband, Paul, and their two daughters ages 5 and 8 in Philadelphia.

Dr. Shelley Hearne brings an extensive track record of leadership, policy impact, institution building, and teaching in health advocacy. At the Johns Hopkins Bloomberg School of Public Health, she is the inaugural Alfred Sommer & Michael Klag Decanal Professor of the Practice for Public Health Advocacy and director, Center for Public Health Advocacy. In addition, she runs the Forsythia Foundation, an environmental health philanthropy, as a consultant.

Previously, Dr. Hearne was the president of CityHealth, which catalyzes city policies for healthier living; founder of the Trust for America’s Health, a national organization dedicated to preventing epidemics, protecting health, and the managing director of The Pew Charitable Trusts’ Health group, which included its biomedical research, food, pharmaceutical, and financial security programs. She has also led the Big Cities Health Coalition, which represents the thirty largest cities’ health officials, served as the acting director of NJ’s pollution prevention program, and was the executive director of the Pew Environmental Health Commission.

She is experienced running advocacy campaigns that successfully helped pass and implement important public health policies, such as the model N.J. Pollution Prevention Act, Nationwide Environmental Public Health Tracking Network, the Credit Card Accountability, Responsibility, and Disclosure Act, and the U.S. Food Safety Modernization Act. She has served in numerous national leadership positions, including chair of APHA’s executive board and vice president of the Council on Education for Public Health.

She has been widely covered in the press, covering topics ranging from pandemic preparedness, public health infrastructure, ranking systems for states and cities on public health issues, including obesity, emergency response, and key policy issues, such as early education, tobacco control, healthy food procurement, earned sick leave policies, and financial security. She has substantial experience testifying before and engaging with policymakers at the federal, state, and local level.

Shelley has received numerous awards for her advocacy efforts, including the Senator Lautenberg Award for lifetime achievement in public health, the APHA’s Executive Director Citation, and Bowdoin College’s Common Good award. She received her B.A. in chemistry and environmental studies with honors from Bowdoin College and a DrPH in environmental health science from Columbia University’s School of Public Health.

Rosina holds a Bachelor of Science in Chemistry from Sussex University, UK. Rosina resides in Princeton, New Jersey with her husband and two daughters, who attend Stuart and are in the 7th and 4th grades.

Rosina started her career at Johnson & Johnson in 1992 as a Research Scientist (Dusseldorf, Germany) and worked five years in Research & Development before moving into Procurement. Procurement is an integral part of Supply Chain as it relates to securing the raw materials, packaging and external services to manufacture products. In this domain, Rosina has worked in different countries that include Germany, Belgium and Switzerland. In 2008, Rosina left the Europe region and spent four years in Singapore, leading Supply Chain Procurement for the Asia-Pacific region.

Rosina, and the entire Procurement organization, are guided by the high standards set forth in the Johnson & Johnson Credo. More specifically, these principles include a responsibility to the customers, employees and communities in which we live and work and to patients around the world.

Currently, Rosina leads the Global Procurement team supporting the global supply chain of Janssen, the pharmaceutical companies of Johnson & Johnson. Rosina’s role is focused on ensuring reliable, compliant, and cost competitive supply of our medicines to the patients and customers we serve.

Current Infectious Disease Team Lead for the Infection Control Healthcare and Environmental Epidemiology team within the Communicable Disease Service, serving at the NJDOH for over 13 years. Currently heads up the team responsible for responding to the infection control issues involved in controlling SARS-CoV-2 (COVID-19), especially in healthcare facilities. She is responsible for the team who works on healthcare-associated infections, antimicrobial resistance, legionellosis and infection control and prevention at the New Jersey Department of Health. Completed CSTE/CDC Fellowship in Applied Epidemiology in infectious disease from 2007-2009 and stayed on at the NJDOH after completion of the fellowship. Rebecca has had the opportunity to participate in several high-profile outbreak investigations during her time at NJDOH including pandemic response for COVID-19, an outbreak of Burkholderia cepacia bloodstream infections associated with contaminated saline flushes; bacterial endocarditis outbreak associated with an oral surgery office practice; hepatitis B outbreak associated with a hematology-oncology office practice; and several Legionnaires’ disease investigations in healthcare facilities and the community. Prior to obtaining her MPH, she was a pharmaceutical professional with over 7 years’ experience in both clinical trial management and hands-on laboratory/microbiological work.

Past Women in Leadership Speakers 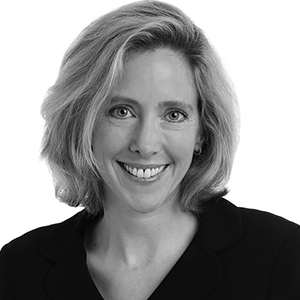 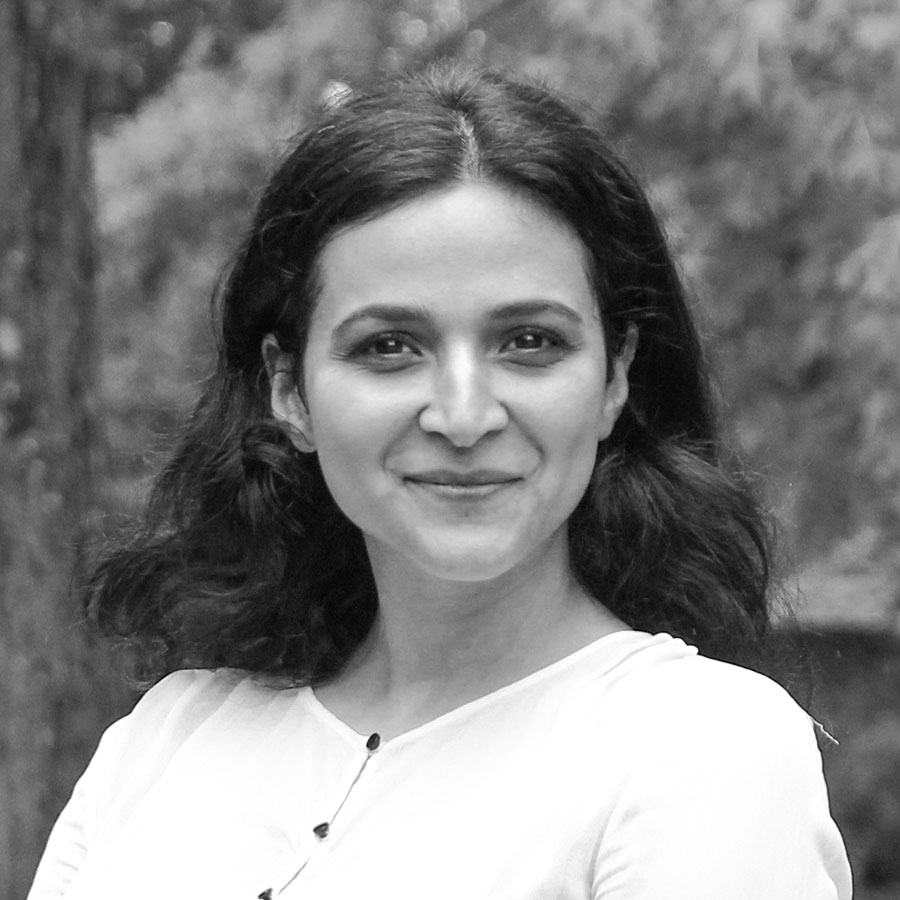 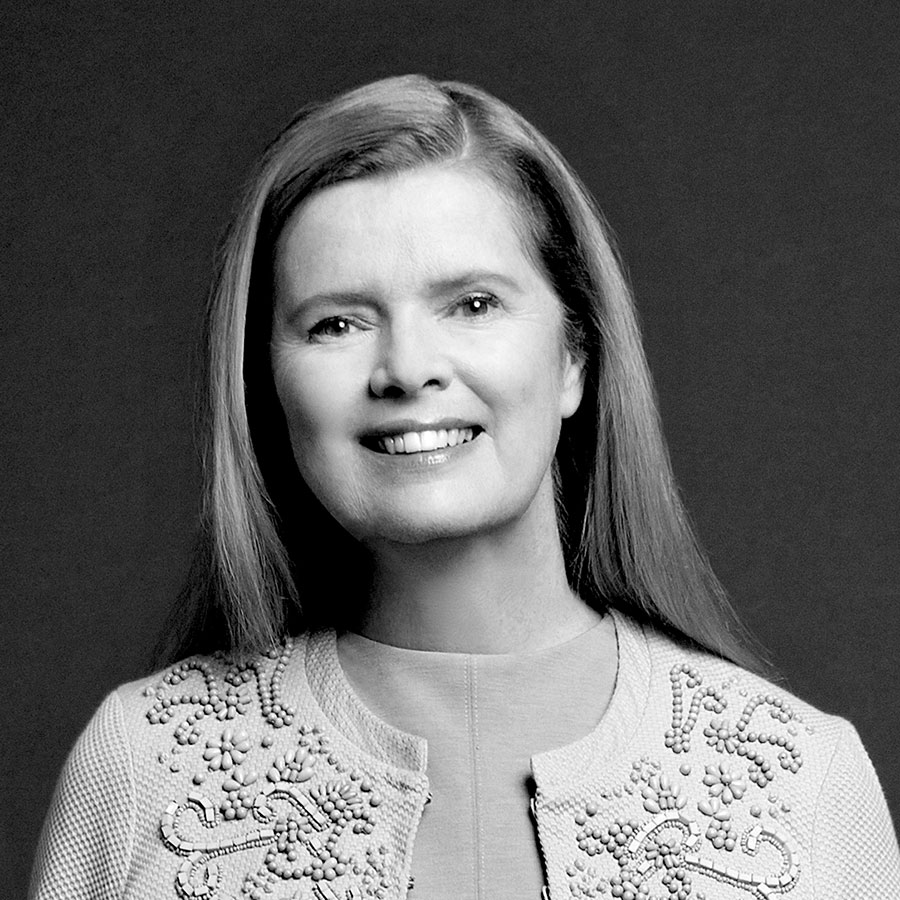 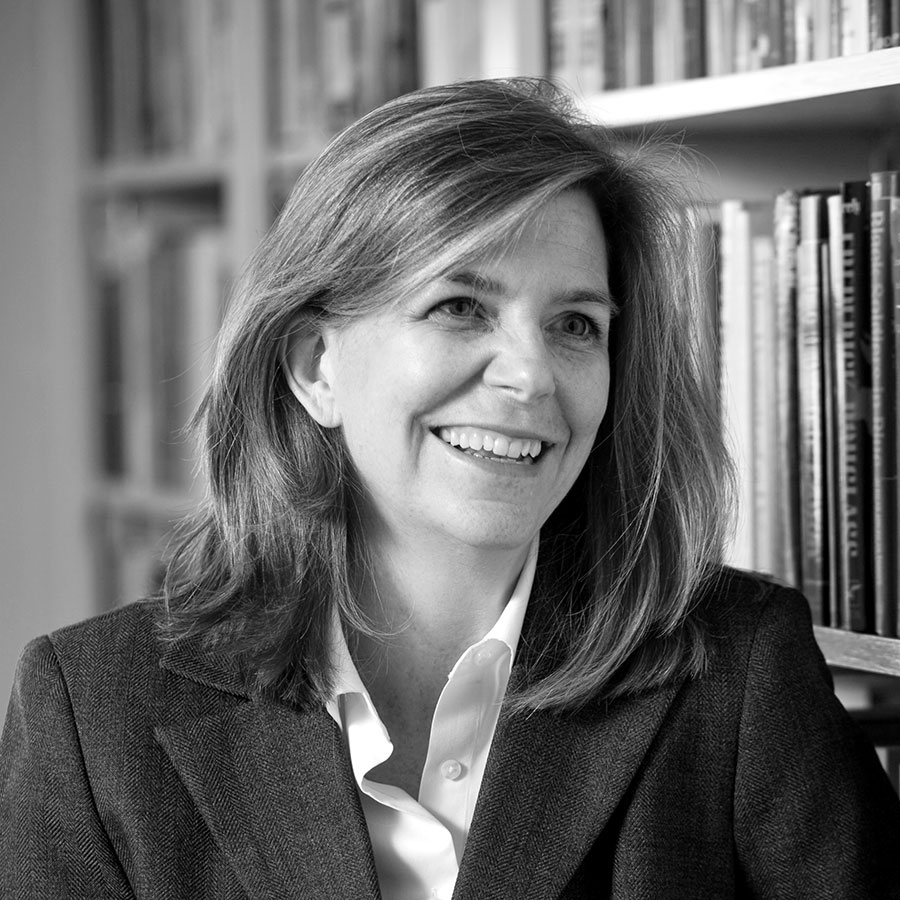 If you would like to be considered as a speaker with the NCGLS, or know of someone else, please let us know!

The Advisory Board serves in the capacity of consultant to the National Center for Girls' Leadership at Stuart. The advisory board consists of outstanding leaders across a variety of disciplines who are deeply committed to the advancement of leadership development in young women. The president of Stuart's student government and a faculty liaison also serve on the Board.